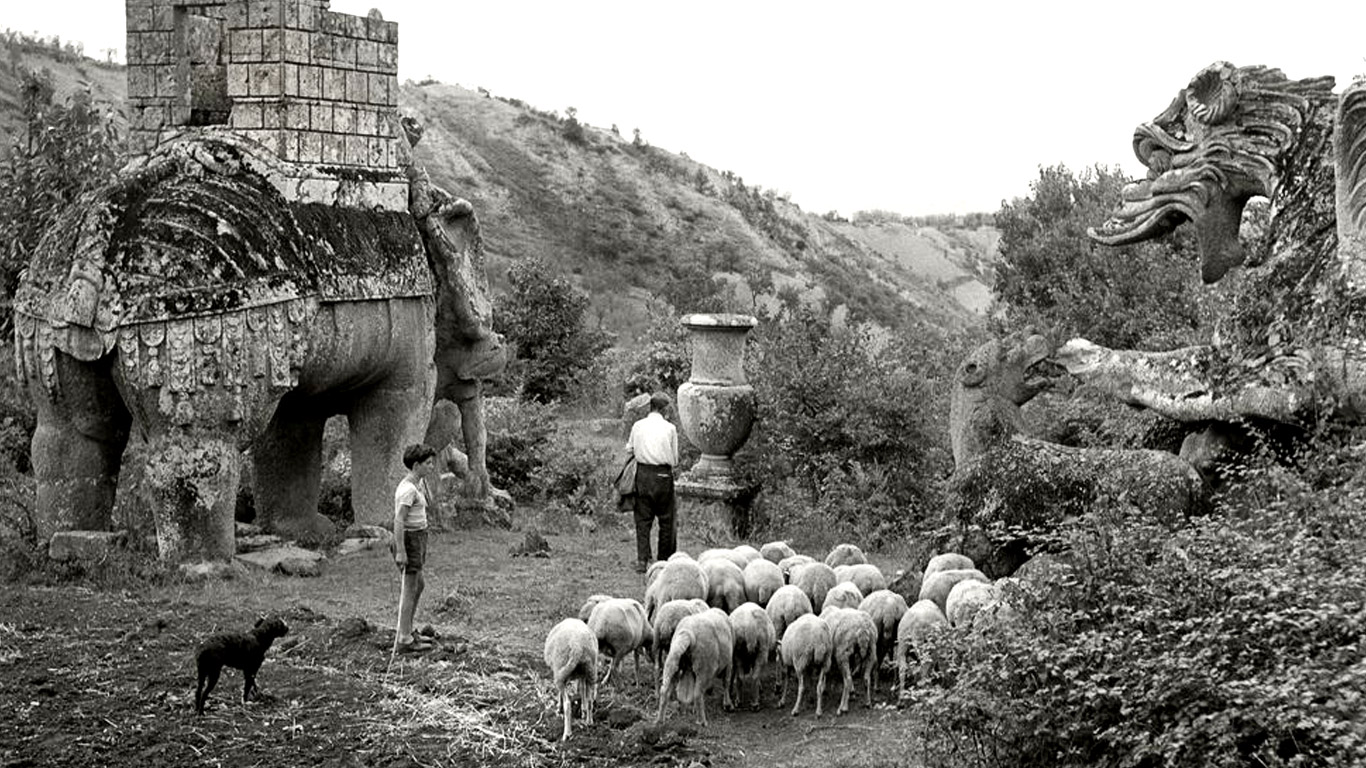 The Sacro Bosco, also known as the Park of the Monsters for the presence of grotesque sculptures scattered in a surreal landscape, is the oldest sculpture park in the modern world.

Pier Francesco Orsini, known as Vicino, built it from the middle of the 16th century and completed the first part of the work as early as 1552. Vicino, lord of Bomarzo until 1581, he had the rocks sculpted on the spot, animating them and giving them forms, at times threatening and at times persuasive, of dreamlike creatures.

The Bosco differs from Italian gardens and, while fitting into the architectural-naturalistic culture of the second half of the sixteenth century, it constitutes a unicum, giving life to a hermeneutic labyrinth of silences, allusions and illusions.

The sculptures are free from reciprocal perspective or proportional relationships.

Classical composure gives way to the mannerist taste for the bizarre and, with its gigantic elements, determines a disconcerting relationship with nature.
Numerous studies have attempted to solve the enigma of this grove, located in an intermediate area between art, magic and literature, but the garden of Bomarzo is destined to remain a place steeped in charm and mystery that generates stories and solicits the imagination of each visitor.